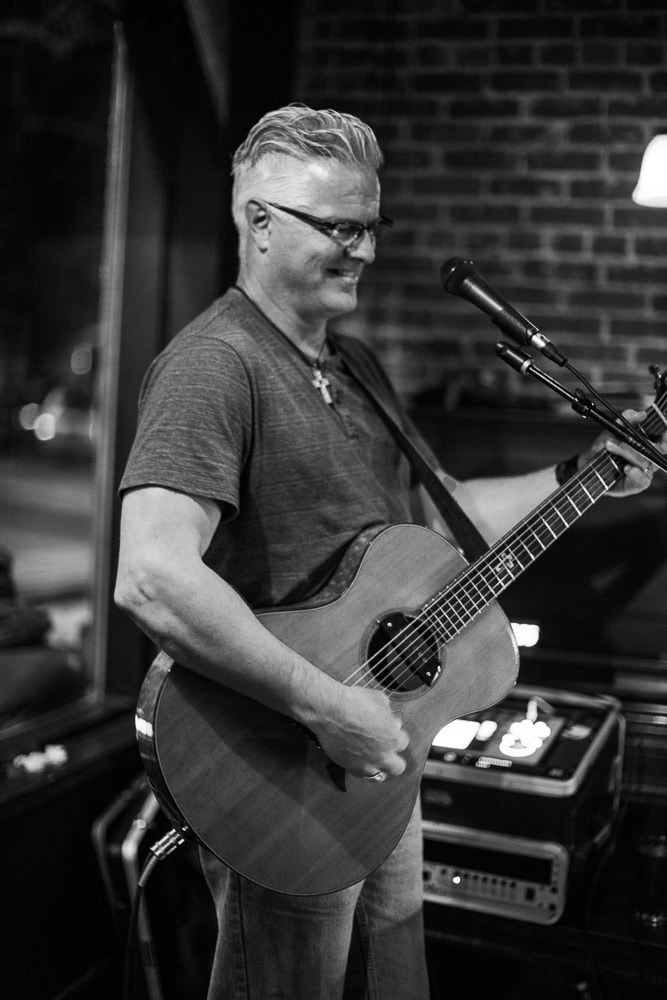 WE ARE SO EXCITED TO WELCOME ERIC E. TO THE NORTHWEST CHRISTIAN SINGLES RETREAT...
He is a talented singer and guitarist with a strong desire to spread the Gospel of Christ. His driving acoustic sound touches on many styles, and is especially rhythmic. To prepare for his work Eric received a Biblical Studies degree from the Lutheran Bible Institute of Seattle and completed three years of college music study. Eric has performed in 49 of the United States and 19 countries around the world. From 1985 to 1991 Eric traveled Europe using music, testimony and apologetics to share Christ in the public schools. He has worked extensively with organizations such as Youth For Christ, Youth With A Mission, Heart To Heart Poland, Atlantic Bridge Holland, and the State Churches of Sweden, Denmark, and Holland. From 1991-2001 Eric performed in churches and colleges all over the United States, as well as sporadic tours in Europe. From 2001 to the 2015, Eric was the director of a unique outreach ministry in North Idaho called The Nuart Theater, as well as continuing to perform concerts in the Northwest, annual tours to Honduras, and occasional trips overseas. Eric is now, again, pursuing full-time music ministry.

Audience's have enjoyed Eric's original acoustic music, buying over 30,000 of his albums at performances.  Eric E's music has been played on radio stations in the U.S., Holland and Denmark, and his albums have received glowing reviews in leading European Christian magazines. Eric has performed numerous times at Europe's largest Christian festivals (Flevo, Opstand, Maata Nakyvissa, Evankeliset Musiikkimessut,etc.) and also at The North Sea Jazz Festival in Holland, The Montreaux Jazz Festival in Switzerland, and Roskilde Festival in Denmark. Living in the North Idaho now with his wife, of 28yrs, Sylvia, and three sons, he still performs overseas, though for shorter tours. In recent years Eric has been performing primarily in the Northwestern states, doing concerts at many churches, colleges, and music spots. Eric has opened for artists such as Jay Leno, Styx, Little River Band, Bobby McFerrin, Air Supply, Dan Seals, DC Talk, Phil Keaggy, Bryan Duncan, Sanctus Real, The Afters, Susan Ashton, Randy Stonehill, Larry Norman, Daryl Mansfield, Larry Howard, Glenn Kaiser, Annie Herring, The Kry, etc. Eric's fourth CD, with WhiteStone Records of Los Angeles, "Lead Me To Life" was released internationally. The album of mostly original songs features special guests Phil Keaggy and John Patitucci of the Chick Corea Elektric Band.
Eric E. sets a relaxed tone at his concerts, expressing himself openly and often humorously. He shares candidly his experiences as a follower of Christ, and the wisdom he has gained in striving to be obedient. Eric has honed his ability to read the needs and desires of his audiences and tailors each program accordingly with an instantly accessible repertoire of over 300 songs, Eric is equally effective communicating to Christian or non-Christian, young or old. He is especially known for church-sponsored concerts specifically intended to attract non-believers and present the Gospel to them in an intriguing way that is free from Christian-ese language that non-believers find cryptic-- and, in a way that leaves them wanting more, with an invitation to become a new attender at the sponsoring church. Eric E. is devoted, dedicated, professional, flexible and open to any opportunity to share his faith and music.